The ‘true’ scent of Austen’s London 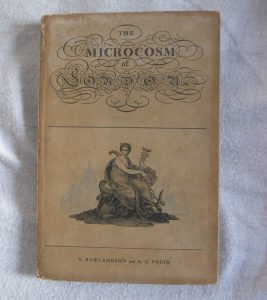 ‘The Microcosm of London first appeared in 1808’

Did Jane know about the Albany? If so what did she think about it? These were two of the questions that popped into my mind arriving back in Piccadilly.

The Albany doesn’t have a street number, but it is just known as ‘The Albany’, or ‘Albany’ (Albany Court Yard). It was built as Melbourne House between 1770 and 1774 and was opened in 1776. In 1802 the Duke of York gave up the house and it was converted by Henry Holland into 69 bachelor apartments, which were referred to as ‘sets’. (https://en.wikipedia.org/wiki/Albany_(London)

Lord Byron moved in to N2 in 1814 and Lady Caroline Lamb is one of the few women, who has managed to break the ‘no women rule’ by sneaking in to see Byron dressed as a pageboy! 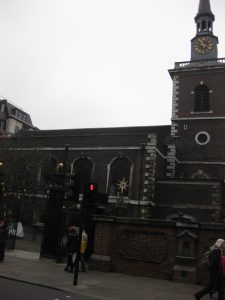 Having rested and refueled with a coffee and scone before carrying on with ‘the walk’ it was an absolute must to visit Jermyn Street, which was as flourishing during Jane’s time as it is now. One of many tantalizing places that Jane might have been aware of, or seen was No. 81 Jermyn Street, which was a hotel towards the end of the 18th century. By 1811 it was owned by Robert Miller, and known as Miller’s Hotel. In 1803, the unsuccessful British Hotel was established in Nos 82 and 83 on lease to John Hickingbottom, who also obtained the stables at the back of these buildings and in 1804 converted them into a coffee-room and laundry. These hotels no longer exist, but were on the site of today’s Cavendish Hotel (https://www.thecavendish-london.co.uk/).

Jane Austen would have passed by James’s Church, Piccadilly (also known as St James’s Church, Westminster, and St James-in-the-Fields), which was built by Sir Christopher Wren and backs on to Jermyn Street and quite possibly have visited. If she did one wonders if she would have noticed that Mary Beale (née Cradock; 1633 – 8 October 1699), who was one of the most successful professional female portriat painters  of the late 17th century. Mary Beale managed to support her family through her painting. She also wrote a book that was unpublished in her lifetime called Observations, although it was never officially published. Observations is believed to be one of the first instructional art books ever written by a woman.  Some of her paintings are usually on display at the (https://www.geffrye-museum.org.uk), which is currently closed for refurbishment.

Jermyn Street is where in 1782 Sarah Siddons, the actress, sat for her portrait, which is known as ‘Euphrasia’ (painted by, John Keyse Sherwin).

The infamous highwayman and apothecary William Plunkett (d. 1791) also lived in this street. (http://stand-and-deliver.org.uk/highwaymen/james-maclaine-william-plunkett.html). However, even if Jane Austen wasn’t aware of these facts, or that The Gun Tavern was a hotbed of foreigners with revolutionary leanings at the end of the 18th, as highlighted by a reference in the 1792 obituary in The Gentleman’s Magazine, and Historical Chronicle, Volume 62, Part 2:  “After only a few minutes ionoss, Mr. Demmie, master of the Gun tavern in Jermyn-street, St. James’s. This house is the favourite resort for foreigners, and was formerly kept by the famous Rouelle, now one of the members of the French National Asiembly. in the Close at Lichfield, aged 82” (This is a direct quote from the newspaper of the time and the spelling is as it appeared at the time.). Nor would she have visited Grenier’s Hotel, which was patronized by French refugees, although undoubtedly only those of ‘distinction’ see the anecdote from August 1813 in The British Mercury Or Annals of History, Politics, Manners …, Volume 2. The hotel is also mentioned in The Scots Magazine, Volume 55 of 1793 in which the suicide of a young Italian nobleman the Duke de Sicigniano, is described.

However, it is rather satisfying to imagine that Jane Austen might have been attracted to glance in the window of Jermyn Streets oldest shop, and in fact Britain’s oldest cheese shop, Paxton and Whitefield (http://www.jermynstreet.net/shop/paxton-whitfield/), which has been trading since 1797.  She certainly wouldn’t have commented on the aroma that surrounds the shop, because according to my superficial knowledge Jane Austen never describes the scent of any such place in her novels. 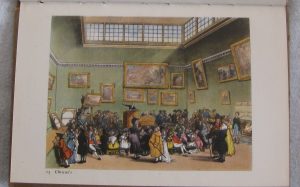