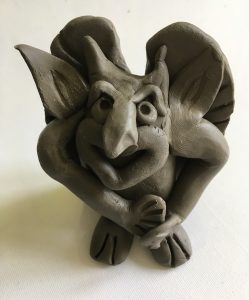 Grotesques made in clay by Mount Kelly Year 9 students in a project led by Head of Art Netty Holwill.Mount Kelly https://www.mountkelly.com/