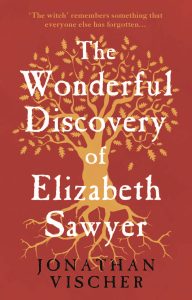 The Wonderful Discovery of Elizabeth Sawyer

The Wonderful Discovery of Elizabeth Sawyer set in London in the 17th century is Jonathan Vischer’s <www.jonathanvischer.com> debut novel. He is a PhD graduate, living in Ireland and Jonathan’s novel will be launched on October the 25th at Queen’s University Belfast <https://www.qub.ac.uk/events/whats-on/listing/launchthewonderfuldiscoveryofelizabethsawyerbyjonathanvischer.html>. 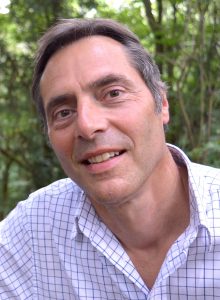 Jonathan explains that, “The Wonderful Discovery of Elizabeth Sawyer, examines a case of witchcraft that occurred in the forests of Middlesex in Jacobean times. I took my book’s title from a pamphlet that was published the same week that ‘the witch’, Elizabeth Sawyer, was hanged in April 1621. Henry Goodcole was the prison chaplain who spent time with Elizabeth in London’s Newgate Prison <https://en.wikipedia.org/wiki/Newgate_Prison> before her execution. You can read his original publication, ‘The Wonderful Discovery of Elizabeth Sawyer’ online; it is judgemental and self-serving – a thinly disguised attempt to curry favour with the Church and authorities in the City of London.
When writing my story I asked myself, what if the roles were reversed? Women did publish pamphlets at this time – there are some kick-ass feminist tracts from as early as 1617 – but Elizabeth was a poor countrywoman, the illiterate mother of eleven children, so, in my story, she would need to use other means. To fully appreciate her predicament, I had to put myself in her position, so I rephrased my question. ‘You’re lying on the stone floor of a prison cell, how can you turn the tables on the man who has come to take your last confession?’ When I put it like that, the answer suggested itself: in my version Elizabeth is a storyteller not a victim. She takes the narrative that Goodcole has constructed for her and turns it on its head. I knew this idea was credible because I had found a case in a nearby parish where a magistrate believed himself ‘cast down’ after imprisoning a woman for witchcraft.  Indeed, the same man only recovered after a colleague enlisted the help of another countrywoman to reverse the spell. All this happened a mile or so from where Elizabeth lived when she was aged twenty-seven.
Witchcraft means many things to many people and who is to say what’s true and what’s just fantasy. In England after the Reformation, witchcraft accusations were often closely related to blasphemy and cursing; they reflected anxiety about the power of ordinary speech especially when spoken by a woman. To cast a spell on someone, I realize now, you only have to get inside his or her head.  That is what really good storytellers do because, once told, a really fine story is never forgotten.”
The Wonderful Discover of Elizabeth  Sawyer is published by The Book Guild <www.BOOKGUILD.CO.UK> ISBN 9781915352019