“Writing a novel about the unimaginable”

The Scent of Lilacs by Haydn Corper 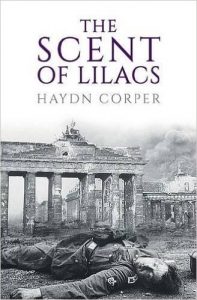 Haydn Corper explains why he wanted to write a novel

“I wrote my novel, The Scent of Lilacs, because it was a story which I felt should be told. I am a history enthusiast and I have always been interested in how conflict shapes society and particularly in its effects on people. But not the ‘great men and women,’ not the exceptional or remarkable; but people like me, like you, our friends, our neighbours and acquaintances. Military history as seen through ordinary eyes. It’s almost a cliché to wonder: what would it have been like to be there? 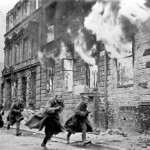 The Scent of Lilacs is the story of the fall of Berlin to the Soviet Red Army in April 1945 when Hitler’s nightmare Thousand Year Reich was overthrown at the end of World War Two in Europe. It is told through the experiences of ordinary soldiers and civilians. The challenge in writing about war is to depict the mixed reality. To convey the awfulness yet also to be realistic and to acknowledge that amongst the blood and mud and suffering there is also companionship, compassion and, yes, fun.

My fascination with military history goes back to my time at secondary school; and my particular fascination with World War Two was greatly enhanced by watching the 1970s TV documentary, The World at War. It was the stories of that conflict related in interviews by ordinary people that engaged me most. As the years went by, I learned more and more and was particularly intrigued by the very end of the European conflict; what happened in Berlin fascinated me. The ‘demon’ Hitler cornered in his lair and facing doom. But I did not want to relate, as has often been done, what happened to Hitler and to his entourage; nor to portray the grand sweep of events. What, I wondered, might it have been like to be a solider in the fighting, or a civilian in the midst of the terror and the carnage. So, one day I sat down and wrote The Scent of Lilacs. Well, not quite like that. As anyone who’s ever tried mentally to put themselves in an extraordinary time and place knows that it’s not easy. I researched and researched; and especially I dug into memoirs and other personal accounts and tried to imagine what perhaps is unimaginable. And then to write about it in a way that puts the reader there and then. Whether I succeeded or not, well that’s up to others to decide.”

For more information about Haydn’s writing and the historical foundations for his novel see https://haydncorper.com/