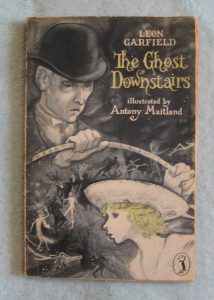 In times of turbulence, change and challenge, the readership of dark and haunting stories with a Gothic edge rises. Times when writers are inspired to write stories to scare and to intensify the claustrophobia of dark winter nights and the thoughts that accompany them.

One element of Gothic-style writing is that the author’s characters often lose or imagine they lose the ability to control events. They are placed in situations that are not only deeply psychologically disturbing but also often physically threatening.

Readers may be facing a series of challenges in their own lives. Fiction can provide them with hope. Evil both in the human and supernatural form can be overcome.

Perhaps setting dark stories in the past makes them less terrifying. Using historical settings may just intensify the element of fear that both fictional characters and readers encounter. The children’s author Leon Garfield (14 July 1921 – 2 June 1996) was able to capitalise on the social conditions of the eighteenth and nineteenth centuries in which he set his novels in a manner that even the hardiest of Gothic style adult fiction readers might find disturbing.

The Ghost Downstairs first published in 1972 is one example. Mr Fast, one of the central characters is a mean-spirited man who has signed away seven years of his life in return for the riches of the world and could never have envisaged that he would come to be haunted by a little lost spectre; Dennis a boy in an “old-fashioned sailor’s suit”. It is the fiction of nightmares, but also ends with a satisfactory resolution and a degree of hope. 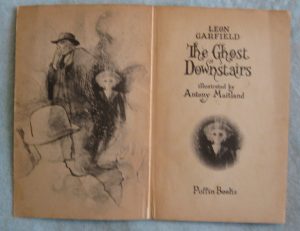 Certainly, there is an element of melodrama in Garfield’s children’s fiction, but his stories such as Devil-in-the-Fog (1966) highlight that Garfield was a master not only of children’s fiction but of Gothic novel writing. This is an eerie story about lost identity and family secrets and about the main character George Treet believing that someone, somewhere out in the fog, is waiting for him. Another very dark and multi-layered story that eventually leads the main character onwards out of the swirling, confusing fog of fear at the unknown. 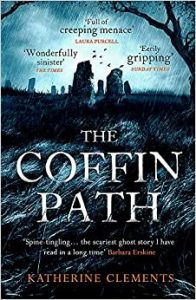 When Katherine Clements, the first Royal Literary Fund Fellow in the History department at Manchester University < https://www.manchester.ac.uk/> and a Fulbright Scholar < http://www.fulbright.org.uk/> first interested the literary world her novels were historical but not Gothic. The Coffin Path <https://www.waterstones.com/book/the-coffin-path/katherine-clements/9781472204301> her third novel set in the 17th century was published in 2018 and has been described as ‘bone-chilling’ and by Andrew Taylor as ‘A wonderful piece of Yorkshire Gothic …”

It was an Amazon bestseller and was nominated for the HWA Gold Crown Award and The Guardian’s Not the Booker Prize. What is interesting and in common with the ending to some of Garfield’s novels is that from a reader’s perspective there is hope and light at the end of a dark tale but in an unexpected form.

and for Katherine Clements <https://www.katherineclements.co.uk/