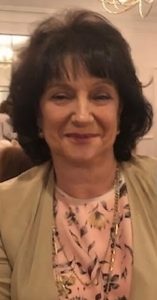 The answer is the author Julieta Almeida Rodrigues and her debut novel Eleonora and Joseph. Her career and life have meant that she has lived, “through unique world events beginning with the ‘hot summer’ that followed the April 25, 1974 revolution in Portugal, when the country seemed ready to become the European Cuba. I witnessed the Chernobyl nuclear disaster of 1986, when I was part of the diplomatic community in Moscow. I was in Zagreb when the civil war erupted in the fall of 1991. In a slow-moving diplomatic car with my then four-year old son, the two of us left a city that had fallen under military occupation, only to miss the last plane leaving Ljubljana that day. I was in Washington, D.C., the day of the terrorist attacks…”<<https://www.julietaalmeidarodriguesauthor.com/> 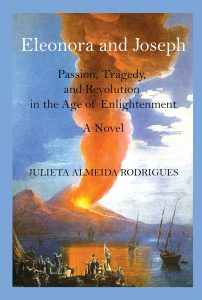 Rodrigues was born and grew up in Portugal and was awarded a PhD at Columbia University. She is the author of two collections of short fiction, The Rogue and Other Portuguese Stories  < https://www.amazon.com/Rogue-Other-Portuguese-Stories/dp/0991504720> and < On the Way to Red Square <https://www.amazon.co.uk/Way-Square-Julieta-Almeida-Rodrigues/dp/0976704277>. 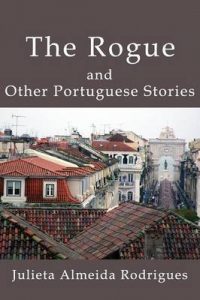 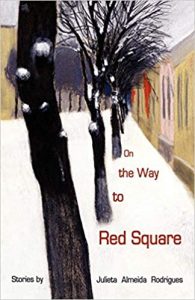 She has taught at various universities including the University of Lisbon https://www.ulisboa.pt/en and at Georgetown University < https://www.georgetown.edu/, and has spoken at The Chawton House Library < https://chawtonhouse.org/> in the United Kingdom, The American Portuguese Studies Association <https://apsa.us/conferences/#> and the Historical Writers of America <https://hwa.clubexpress.com/>, among other institutions and cultural societies. She is a member of the Steering Committee of the Historical Novel Society New York City Chapter https://historicalnovelsociety.org/members/local-chapters/.

Her life experiences have been, “daring, exciting, and unquestionably more dramatic than I could ever have imagined.” These challenges have helped to enrich her debut historical fiction novel, Eleonora and Joseph: Passion, Tragedy, and Revolution in the Age of Enlightenment (New Academia Publishing, ISBN 978-1-7348659-1-2 <https://www.newacademia.com/featured-thespring-books/eleonora-and-joseph-passion-tragedy-and-revolution-in-the-age-of-enlightenment-2/>.

When asked what inspired Rodrigues to write her novel Eleonora and Joseph. Passion, Tragedy, and Revolution in the Age of Enlightenment, she explained that,“it required a leap of faith for me to engage in a new, lengthy project, something that required a new set of literary tools.

I recall being in my office in my former Washington, DC, house, and looking out the window toward the backyard with its small wooden gate. How I loved that view, it was the quintessence of domesticity! And I said to myself: I now know I can write short stories, but can I write a novel? And if so, what would the theme be?

The Enlightenment came to mind immediately, my favorite period in history. Then, I wanted to pay homage to the three countries I’ve enjoyed living in the most: Portugal, where I was born; Italy, where I lived for four years; and the United States, where I attended graduate school and later settled in.

Next, I needed characters in interaction for a plot. I read very selectively, but I also have a wide range of interests. As I looked at that wooden gate in my backyard, suddenly, the biography of Eleonora Fonseca Pimentel came to mind. Why? I don’t really know, but that’s the way my stream of consciousness worked. I saw her tragic fate against the backdrop of Naples, a city I had often visited during my years in Rome. Then, Joseph Correia da Serra emerged as well—he, too, had spent part of his youth there.

I could now start a story about these two major figures of the Southern European Enlightenment. But I wanted more context, I wanted the United States to be part of the novel. So I started reading Correia da Serra’s correspondence, later in life he moved from Paris to Philadelphia.

This is how Thomas Jefferson, my third character, emerged in the plot. Reading widely stimulates a writer’s imagination. Correia da Serra’s letters exchanged with Thomas Jefferson show they had a close relationship. I was hooked: I had not only found my third character, but also a second narrative. Years before, I had visited Monticello and still had vivid memories of a room there dedicated to Correia.

Beyond the work of the imagination, writing a novel depends on craft: looking closely at biographical sources, making sure key facts are accurate, filling in historical gaps with plausible arguments, and getting to know one’s characters intimately. As I wrote my dual narrative, Eleonora, Correia, and Jefferson, became part of me!” For further information about the author and her work see<https://www.julietaalmeidarodriguesauthor.com/>